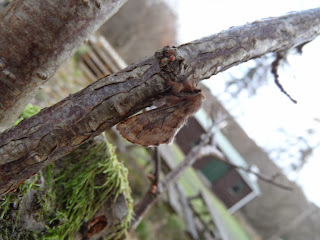 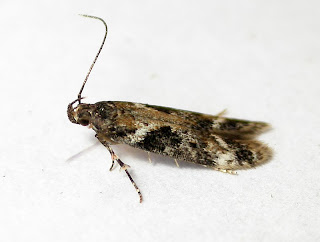 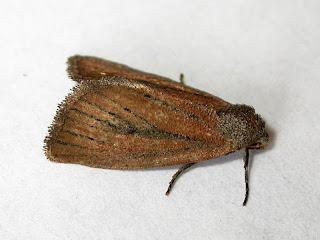 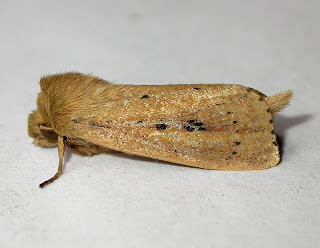 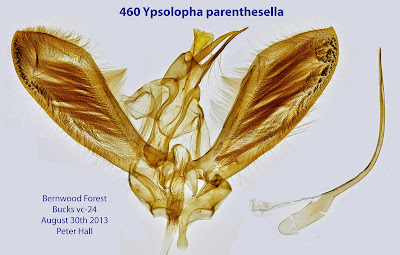 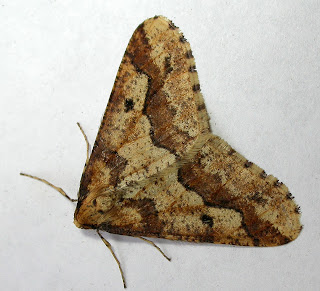 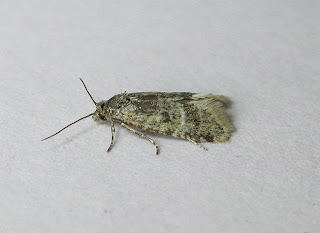 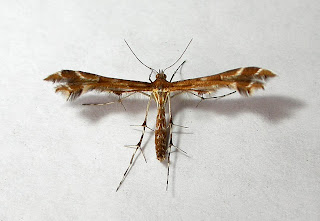 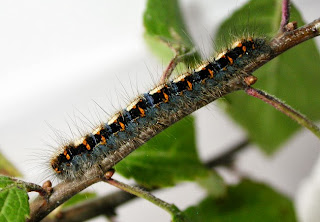 Believing the Met Office, on 27th October I decided to run an actinic light overnight inside our conservatory here at Westcott, Bucks (expecting the trap to get blown away if placed outside).  It did get quite wet and windy in the middle of the night but certainly didn't stop the moths from flying and even some rather delicate micros ventured out.  In the end 23 moths of 13 species came to sheltered windows and walls adjacent to where the light was placed:  Caloptilia rufipennella (2), Phyllonorycter messaniella (1), Plutella xylostella (1), Red-green Carpet (4), Spruce Carpet (1), November sp (1, female), Feathered Thorn (2), Dark Sword-grass (1), Satellite (1), Brick (1), Beaded Chestnut (6), Lunar Underwing (1) & Pink-barred Sallow (1).

﻿﻿﻿
Searching for leaf-mines locally has continued apace and new species for the year recorded recently have included Ectoedemia argyropeza (22nd, on aspen in Rushbeds Wood), Phyllonorycter cerasicolella (22nd, on cherry at Westcott), Phyllonorycter spinicolella (22nd, on blackthorn at Marsh Gibbon), Phyllonorycter trifasciella (21st, on snowberry at Westcott), Stigmella salicis (22nd, on willow at Marsh Gibbon) & Stigmella tiliae (22nd, on lime at Westcott).  Stigmella tiliae has not been recorded before in Bucks so it was nice to get a county first in the garden.  Active cases of Coleophora gryphipennella have been relatively easy to find underneath leaves of dog rose over the past week so that's another one to keep an eye out for.  Dave Wilton 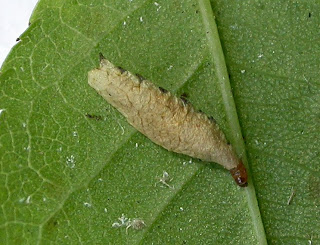 Coleophora gryphipennella
Posted by Dave Wilton at 13:19 No comments: