My winter lockdown project was to build a mobile moth trap. I decided to build a twin 15w actinic trap to complement the MV setup I made last year. The idea being to have a trap I could plug into the mains at home and run off a battery when out and about. The night of 30th March seemed like a good night to try it out at Ashdown Woods.

Well the good news is we caught some moths including a new one for us, a very fresh water carpet. It was actually on the trap rather than in it, but they all count! The final tally seemed less than the number we had seen going in which I thing was because the gap I had set was to big and rather too many made a successful bid for freedom! I build the trap so the gap between the perspex plates could be adjusted; 2.5cm is maybe to big. I'll try it on 2cm next time.

The other thing I'd do differently is string up a white sheet behind the trap rather than just below it.

We only began mothing last April, so this has been our first March! 17 different species including several new ones has been great. Highlights would have to be several stunning Oak Beauties and the rather fine twin-spotted Quaker. 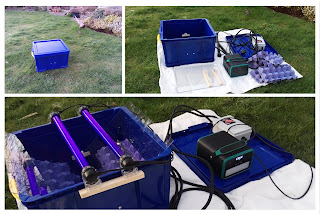 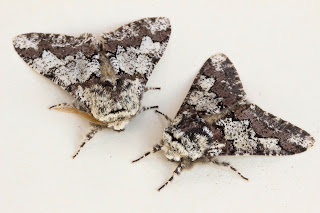 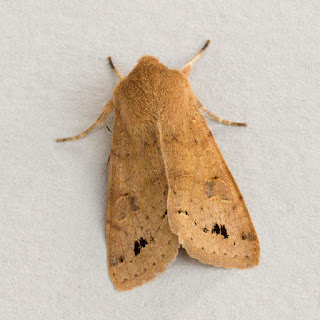 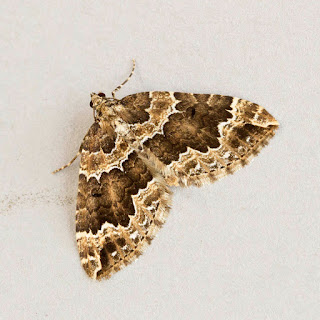