With apologies to Phil for the delay, here are some pictures of the mines of Phyllonorycters on fallen oak leaves to help others planning to search for them. 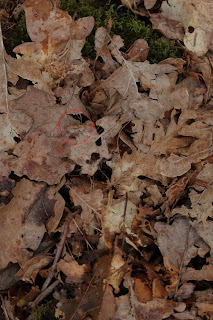 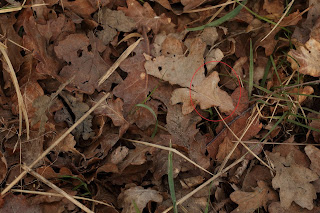 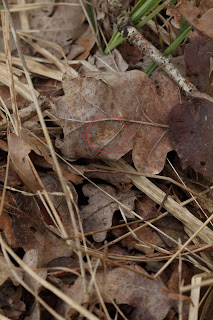 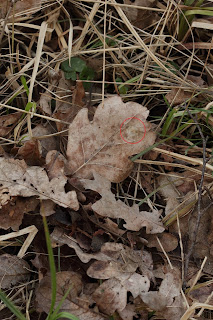 For completeness, here's a picture of where these were found, in Bernwood. 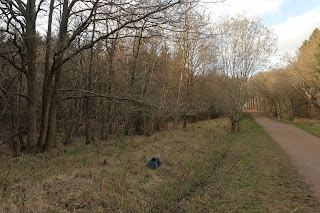 I collected sets of 20 or so mines from a couple of areas in Bernwood and Sydlings Copse in the first couple of weeks of the month, bringing them basically straight indoors but so far it's been fairly slow going with 5 quercifoliella (from 2 sets) and 1 harrissella emerging along with a number of parasitoids. The first emergences were all after a couple of weeks, but apparently the last ones can emerge as late as May with this approach, so I'll keep waiting. With this in mind, I'm not sure how profitable this approach is - the mines are tricky to spot at this time of year, and many of them are probably damaged by the vicissitudes of winter. The advantage to getting mines from fallen leaves is that it's something to record at the moment, and it also enables you to potentially find the rarer species that apparently (?) mine higher on the trees. Probably the best approach would be to collect the leaves in autumn when the mines are more obvious and less likely to be damaged.

Another thing to look out for around Oaks are the mines of Zimmermannia (formerly Ectoedemia) longicaudella/atrifrontella. After Dave's prompting, I've been keeping an eye out in Bernwood and have found them wherever I've looked (in the Oxfordshire part of the forest too), so they're probably lurking elsewhere. The mines are formed under the silvery bark of young growth. I've found them on the trunks of young trees (as low as a foot above ground level, and as high as a metre above my head) up to about 10cm in diameter, and the lower branches of older ones (3-6cm diameter). Basically every young tree on the way out from the Oakley Wood car park had some mines when I checked the other day. Unfortunately it seems the two species can't be separated on the basis of their mines, but I might have a go at breeding them.