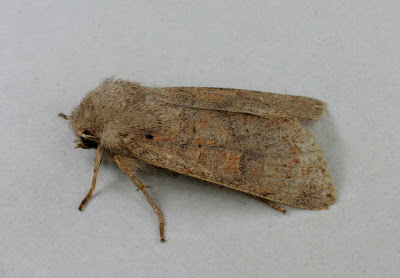 Much like everywhere else, it's been a very bad week for moths here in Witney. I had one night (Tuesday), which looked reasonably good and so set up two traps in woodland close by. It started raining after 20 minutes and the result was 2 Brindled Pugs, a Nut Tree Tussock and a Lunar Marbled Brown. In the garden, it's been just two or three moths on the few nights I've bothered running a trap; Hebrew Character and Muslin Moth. Last night was slightly better with Spectacle, Early Grey, Lesser Swallow Prominant and the above worn individual which I'm struggling with rather. A bit suggestive of Blossom Underwing but just another Common Quaker....? 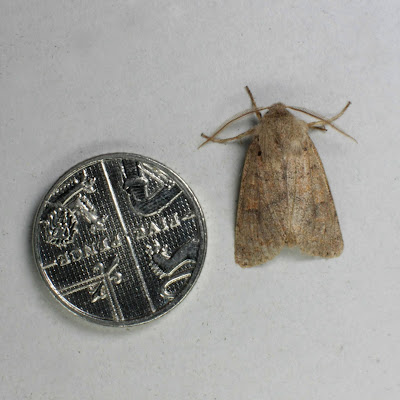