Migrants were certainly around for the last couple of days but numbers dropped a bit last night. I had 19 Diamond Back on Friday night but only seven last night. A Hummingbird Hawk was feeding on buddleia on Friday evening too. A Silver Y in last nights catch was one of very few I have had this year. Last night also produced a Dark Spinach, a moth I don't see that often.

Pictured below is a plume - I confess I struggle to match plumes to the illustrations and this is no exception. Any thoughts?

Addition: I also trapped this reasonably large red beetle which I hadn't seen before - could it be some form of Flour Beetle? 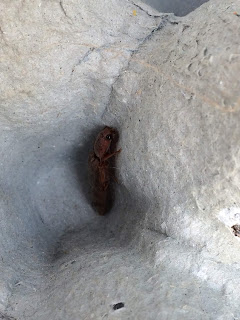 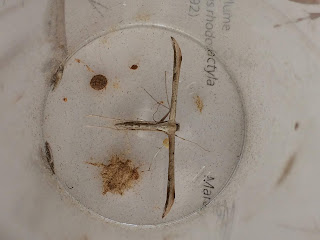