A very busy trap last night - mainly flighty geometers and micros, which made processing a bit tricky. I logged 114 species, but probably lost some.

Nothing outstanding, with 68 Riband Wave being by far the most numerous. Having completely defoliated my two small box bushes in the Spring, the first adult Cydalima perspectalis appeared on the 20th, with 7 last night including my first dark form. I wonder how numerous this will be this year.

Of three species of Argyresthia, sorbiella put in a welcome return after one in 2011. Also Acrocercops brongniardella, which is not frequent here. My local population of Recurvaria nanella was out in force with 5 individuals, first appearing on the 20th.

Singles of Silver Y and Plutella xylostella were the only migrants.


Finally, this slightly worn and perished individual is not immediately obvious to me, c5mm fw - any ideas? 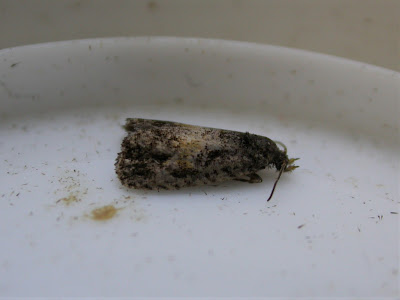 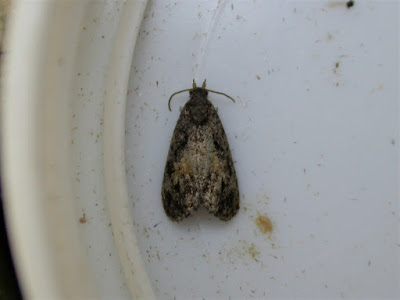